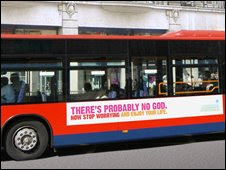 Bendy-buses with the slogan "There's probably no God" could soon be running on the streets of London.

"Probably"? That's a bit bashful isn't it? This campaign is sponsored by the British Humanist Association and supported by Richard Dawkins. I thought their atheism was more trenchant than that.

The clergy seem to be much more decisive. 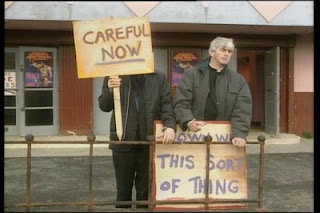