Ah, the sight of students protesting - it brings a warm nostalgic feeling. It makes a change from careerism and this, though Robert McCrum nails it when he says of the demonstration that, The whole event was middle-class, self-interested and respectable. '68 it ain't, though I am with David Mitchell:

Not many people warm to moaning undergraduates, even if they've been moaning undergraduates themselves. Maybe it's because students have got their whole lives ahead of them that it looks so churlish when they complain. Or is it society's inherent ageism that makes it unbearable to listen to someone much younger than you saying that they know best? My inner Victorian thinks they should be seen and not heard. But I don't mind seeing them piss through the letterbox of Nick Clegg's constituency office.

However, even the most assiduous market theorist seems to have missed the big market incentive in the proposals. Want a free University education? Dead easy. Study something that you love and is totally useless. Then use it to become a community activist, freelance writer, semi-pro musician, political agitator, poet, anything like that. Keep doing it for thirty years before you sell out. I can guarantee that you won't earn more than £21,000 so you will never have to pay a bean back. This new funding wheeze is the biggest hippy creation project in the history of education. Every cloud ...
Posted by The Plump at 8:29 pm 5 comments:

A French farmer has been given a one-month suspended jail sentence and fined 500 euros (£428) for feeding his ducks marijuana to rid them of worms.

I wonder, does the law on intention to supply specify that you intend to supply them to humans?

Mr Rouyer, who lives in the village of Gripperie-Saint-Symphorien on France's Atlantic coast, did also admit to smoking some of the marijuana.

The weather is getting colder and I have had three visits to the dentist this week ending up with a root canal filling. This is when you need warming soul food. Try this for size.

In praise of dependency

No man is an island, entire of itself; every man is a piece of the continent, a part of the main. If a clod be washed away by the sea, Europe is the less, as well as if a promontory were, as well as if a manor of thy friend's or of thine own were. Any man's death diminishes me, because I am involved in mankind; and therefore never send to know for whom the bell tolls; it tolls for thee.

One of the promised benefits of coalition was that it would moderate the more extreme tendencies of a governing party. Run that by me again. Nope … can't really see it myself, this seems a pretty radical Conservative government to me.

The latest wheeze is the welfare reforms being proposed. I haven't read them in detail, but the language is clear enough; penalties for refusing a job, compulsory community work, and the idea of unemployment as a lifestyle choice. Underpinning it all is the dreadful notion of dependency culture. I hate this concept. I can find little in the way of empirical grounding and even less of empathy and understanding. In many ways, and I intend to cover this in a subsequent post, it is anti-liberal and even authoritarian in its import. It brings no great insights, it is simply a regurgitation of the worst prejudices of the Philosophic Radicals of the early 19th Century. Its attraction lies in it being a neat way of making punitive policies sound compassionate - 'tough love' in the revolting parlance of the Clinton era. Government as Victorian father. Spare the rod and spoil the child.

I want to make a stand for dependency. What is wrong with it? Why should some people not be dependent? After all, we are all dependent at some time or other in our lives. When we are children, ill or old are obvious examples of times when we cannot function without support. And though we prize our independence, it is a sign of a civilised society that those who fall dependent at any one time are cared for in whatever way they can be. Even more, like it or not, we cannot escape the ties of emotional dependence. Actually, we treasure them and those that don't have them long for them. We are all dependent. Love is not tough.

Dependency is not a stigma, it is an inescapable part of human life. We need dignity in dependence. In political discourse, however, it is transformed into something to be sneered at. Yet this is not really what they are talking about. They really mean poverty. Then that isn't quite as cosy sounding, not nearly as capable as carrying acceptable contempt. Dependency implies individual failings; poverty is produced by structural injustice. How convenient a formula it is then to say that we need to reform individuals and not the world they live in, to talk about the redemptive power of work, of sin and fairness, rather than equity, exploitation and the desperate, inter-generational, self-perpetuating, destructive experience of grinding poverty.

As for employment being universally liberating, I have never really seen how an individual can be liberated by being removed from unemployed poverty to working poverty. What freedom is there in the fundamentally servile relationship of employment, of lousy wages, bullying bosses and the constant fear of the sack? Is this freedom? Is it a free market where of the two sides to a potential contract, one is threatened with the withdrawal of all means of support if they do not sign on the dotted line? Benefit penalties are a form of public coercion to sign a private contract.

I don't propose to enter the debate about how to alleviate poverty or the current proposals, instead I am pleading for us to use language clearly and to describe the ills of our day as they actually are, not as politicians would wish them to be. After all, if we name the disease correctly, we might have a chance of treating it.
Posted by The Plump at 11:42 pm 10 comments:

The villagers of Steni in Evvia have voted for a donkey as mayor in the first round of local elections.

Voters seemed to like the idea of a four-legged mayor and gave the Donkey-Ballot 37 votes. The next best ballot of an aspiring mayor took just 18 votes.

Old hat. Londoners did the same years ago. 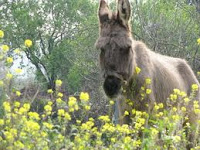 Thanks to John
Posted by The Plump at 8:12 pm 2 comments:

...or recession, whatever. The news from the austerity front is bleak. Ireland? Well there is always the free cheese. Greece has other compensations.

If Greece weren't so beautiful – if we had a different climate and lived in a different environment without our nature, light and sea – this country would be a very depressing place. Instead, here in Aigio people wake up, take in the sun and somehow feel they can keep going.

Well, I don't think that one will work here. Shall we go back to the cheese? No, let's just be nasty to scroungers (and make sure they can't fight back). Nothing like a bit of malicious moral superiority to perk up middle England over its marmalade in the morning.

Mind you, we are still locked in the phony war; who knows whether we will be fighting them in the dole queues or lining up to collaborate in abject surrender when the cuts start to fall. What I am sure is happening is that the right in Britain, and this includes Orange Book Liberal Democrats and not a few New Labour Third Wayers, are part of a political realignment currently taking place. Austerity may be a European fashion statement, but social policy bears an American stamp. At the same time, Labour is unsure of its direction. Does it take to the hills to mount an outright social democratic resistance or find convenient sophistries to cosy up to a consensus that it see as its only chance of winning power once more?

Much will depend on the impact of the cuts to come. Tim Horton of the Fabian Society is with the resistance.

Horton argues that if the idea of the UK coalition government is to pare down services and the role of the state too much in the name of the big society, then it will not work. The British, he says, will not accept it.

"The Tories have long looked to the US Republicans for their inspiration. But they will struggle to import the same kind of politics to the UK. Britain was not founded on a tax revolt, and Brits are highly attached to their public services. That's why David Cameron spent the election campaign promising to protect frontline services."

I'm not too sure. If the coalition hangs together - ambition and power make a pretty strong super glue - it might just deliver the anti-Labour majority in the electorate to the ballot boxes. I suppose it all depends on whether the anti-Tory majority can mobilise itself. And tonight it looks as if the Greek government may have survived its first electoral test. What will emerge from the economic test is another question altogether. 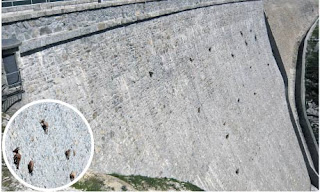