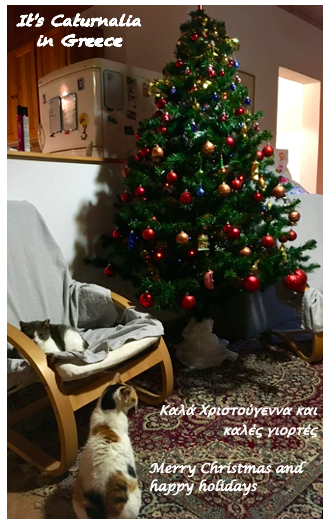 In defence of defence

He's known round here, and one local in Greece described Boris Johnson to me as behaving like a gangster. It made me laugh but I don't think that he's a master criminal. He's not competent enough. His actions are predictable; bravado and bullying quickly followed by cowardice excused by lies.

But it's not enough to talk about personalities. Johnson is there because he saw an ideological movement as being useful for his ambition. And we need to talk about that ideology and the strategy that flows from it. On the right, this amounts to a rejection of the post-war social democratic settlement. It comes from two sources.

The first is the libertarian strand's hostility to collectivism. The second is authoritarian and populist nationalism. The first sees institutions as obstacles to the operation of free markets, the second as barriers to the exercise of power. Their targets are the same, but they have a dissimilar rationale and want very different ends.

It isn't new. Thatcher began the process, undermining the autonomy of local government and privatising nationalised industries. But she had limits. Notably, in her selectively quoted Bruges speech:

Britain does not dream of some cosy, isolated existence on the fringes of the European Community. Our destiny is in Europe, as part of the Community.

Thatcher was one of the architects of the European single market. It's an extraordinary story as to how her particular view of the future of the EU morphed into a nationalist rejection of British membership in the hands of those who proclaim themselves to be her followers. Euroscepticism was replaced by Europhobia on the Tory right, though, arguably, it was a step on the same path. Brexit removed an important institutional restraint, freeing them to attack other targets, like the BBC and the NHS. Latterly, the targets have become wider still – the judiciary, human rights, and even elements of representative democracy. After all, leaving could only have been achieved at all through bypassing parliamentary democracy with a referendum.

We mustn't forget that there were also fellow travellers on the left. Corbyn always voted with the far right of the Tory party on EU matters, just as he and members of the Campaign group voted with Conservative rebels against some Covid restrictions. The far left's narrative was that liberal democracy was a sham, the EU a capitalist club, and individual rights a way of securing bourgeois power. Social democracy was a sell-out and a bulwark against socialism.

The problem for the radicals of both right and left is that the demolition of social democratic institutions would not lead to either socialism or a free market utopia. The beneficiaries would be authoritarians, populists, and demagogues. Freed from the constraints of democratic polities, nationalism and authoritarianism only gives us rent-seeking and kleptocracy.

The biggest obstacle the radicals faced is that these institutions work. The post-war settlement has given us sustained prosperity, greater individual liberty and growing equality. That's why the Brexiters had to rely on fabrications, misrepresentation, and outright lying. Given this assault, the defence of these gains is the primary purpose of democratic politics.

This all sounds rather conservative, an almost Burkeian defence of the status quo. And in one sense it is, and certainly it was the heart of post-war mainstream conservatism until the radicals created a dysfunctional Conservative Party in their own image. But the difference for the left, my left, is that liberal democratic institutions are not obstacles to progress, nor are they an end in themselves, but the foundations on which a better society can be built. To abandon them is to risk descending into the authoritarian abyss.