From a colder Greece than it was a couple of days ago. 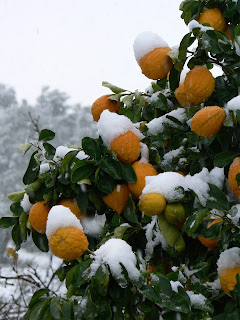 Is the internet hastening the decline of a niche performance art? This article suggests it is. Throughout the centuries, from Roland the Farter to Mr Methane, professional flatulence has been a winner, but now appears to be a declining income earner with endless free repetition on YouTube.

It's an ancient art:


St. Augustine of Hippo, writing City of God in the 5th century, noted people who could “produce at will such musical sounds from their behind (without any stink) that they seem to be singing from the region”.

And how about this scurrilous verse from the age of Shakespeare:

Never was bestowed such an art
Upon the tuning of a fart.
Downe came grave auntient Sir John Cooke
And redd his message in his booke.
Fearie well, Quoth Sir William Morris, Soe:
But Henry Ludlowes Tayle cry'd Noe.
Up starts one fuller of devotion
The Eloquence; and said a very ill motion
Not soe neither quoth Sir Henry Jenkin
The Motion was good; but for the stincking
Well quoth Sir Henry Poole it was a bold tricke
To Fart in the nose of the bodie pollitique
Indeed I confesse quoth Sir Edward Grevill
The matter of it selfe was somewhat uncivill
Thanke God quoth Sir Edward Hungerford
That this Fart proved not a Turdd

Maybe it's the Christmas sprouts that brought this to mind, but the fart gag is as much a manifestation of humanity as reason and consciousness, perhaps more so.
Posted by The Plump at 4:24 pm No comments: 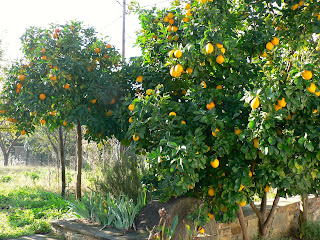 With a ginger cat 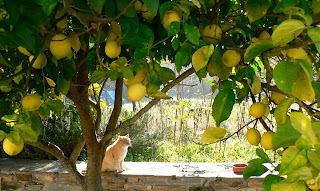 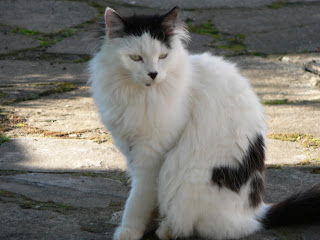 I am in Greece and the brain is in abeyance. Sunny days, cold nights, and roaring fires. Sometimes it's good to hide from the world.
Posted by The Plump at 2:47 pm No comments:

I've never seen Star Wars. Must get around to watching it some day. Maybe, this version:

The United Nations Security Council has authorised countries to take action to fight and defeat ISIS, or whatever you want to call them. The U.K. Parliament, after a long and intelligent debate, has voted to support this call by extending their current campaign in Iraq to bombing selected strategic targets in Syria, currently the oil fields that ISIS control that provide them with part of their finance. And the response?

People on social media are calling people like me, who, despite having some misgivings, made the close (and inexpert) call to support that decision, any number of things. Here are some examples - child killers, bloodthirsty warmongers, racists, scum, traitors, etc. They gather under the banner of 'not in our name' and other slogans to disassociate themselves from a decision to try and end a genocide. Their violent anger is directed at the West, Britain, Labour MPs, Hilary Benn, and, I suppose, me. Nice, well meaning people are full of hate and fury, which they are spitting at people like me for wanting to destroy an unambiguous evil, rather than aiming their anger at the evil itself. I find it distressing.

Why this vehemence, this overwhelming sense of self-righteousness? Why this certainty? I am full of anxieties about the wisdom of the strategy and the possibility of success. They seem to have no doubts at all as to its wickedness. Of course, they don't describe it as bombing the forces and facilities of ISIS in the parts of Syria they have occupied and used to mount a campaign of conquest and genocide. They talk about 'bombing Syria', an undifferentiated and innocent victim. It is a misrepresentation.

So what are the alternatives?

1. Non-intervention. Ignore it and let it the war take its bloody course. To me, it is immoral to stand aside if it is possible to intervene with a reasonable prospect of even limited success. The cost in human life will be immense.

2. Appeasement. Negotiate with ISIS. How? With whom? There's no chance. But more importantly, negotiation means offering concessions. What will we offer? Are we to offer undisputed control of limited territory? Pakistan tried this with the Taliban in Swat. It was a disaster.

3. Non-military intervention. Cutting off ISIS' funding is one of the main demands. Again the question is how? Or, more accurately, how in ways that are not being done already? And the supplementary is how possible will it be, given the complexity of international relations and dodgy deals, and the fact that most of their income comes from the territory they control? Why will attempting to unravel the illegal oil deals be more effective than bombing the refineries under their control to put them out of action? And how many more people will be murdered in the time it will take?

4. Containment. Put simply it means 'thus far and no more'. The problem is that this accepts the legitimacy of their conquest and abandons the populations of the areas they have siezed to their uncontested and brutal oppression.

5. Military intervention. The risks are obvious; any failure to protect Syrians from the brutality of Assad could undermine the whole venture, it could end up helping Assad. The necessary plans for a comprehensive post-war settlement are not apparent, an air war clearly won't defeat ISIS on its own, and the politics of the Syrian civil war are horrendous. But the other alternatives will let the killing carry on unimpeded at a time when it is possible for us to help and that help is wanted by the victims. There are national security issues, but they pale into insignificance compared to the need to rescue people from barbarity.

And so, despite the risks, military intervention seems to be the best way of saving lives, and probably the only way to defeat something so terrible. I support any attempt to liberate the innocent from an exceptionally cruel oppression. The only possible argument to oppose the decision is the one of the risk outweighing any possible benefits. But this is not what most of the anti-war activists are saying.

ISIS have an army that has occupied large tranches of two countries, it has ambitions to invade and expand into as much territory as it can. It is an imperialist force, trying to create a global empire. It wishes to destroy democracy. It harbours genocidal anti-Semitism. Its methods include the genocide of all religious minorities, the reintroduction of slavery, a systematic policy of mass rape, the killing of all they deem to be opponents, the public execution of prisoners of war by burning them alive in iron cages, the arbitrary beheading of foreigners, the killing of homosexual men by throwing them from the tops of tall buildings, stoning women to death for any sexual infringement of their repressive codes, the practice of wholesale torture, funding themselves through the extortion of their captive population, organising massacres of civilians in Beirut, Paris, Tunisia and elsewhere, killing Shi'ia Muslims as apostates, enforced misogyny, blowing up mosques and shrines, destroying ancient monuments and murdering their guardians, bringing back crucifixion as a form of public execution, and I have probably missed out many of their other atrocities as well.

I have one question to ask those angry and abusive opponents. If it is wrong to fight now, when will it ever be right to fight fascism?
Posted by The Plump at 8:16 pm 6 comments:

With live in curious times.

The leader of the opposition opened the debate on Syria, opposing the Tories with a rambling speech that set out a traditional conservative foreign policy.

The shadow foreign secretary closed the debate on Syria, supporting the Tories with a more impressive speech demolishing traditional conservative foreign policy and replacing it with socialist internationalism and anti-fascism.

The first came from the left of the party, the second from the right.

Of course the references to the Spanish Civil War and the Second World War were rhetorical devices and not wholly analogous, but, seeing as these inappropriate historical analogies are all the rage, I can't help thinking that the first could have been written by Neville Chamberlain, the second by Michael Foot.
Posted by The Plump at 1:05 pm No comments:

Here is the argument that I am not hearing from some close to the Labour leadership or from many on the left.

The only debate, the only one, is about the means and strategy to be employed.

And there is a real debate to be had. One over the ending of the Syrian civil war, the status of the Assad regime and the rebuilding of Syria. There is a debate as to the risks, and over Kurdish nationalism and Turkish actions. And then there is the huge problem of the role and intentions of Russia. There are doubts and choices about how to achieve our aims.

Instead, I am hearing a chorus of 'not in my name', 'it will never work', 'everything we have done in the past has failed', 'innocents will die', 'it was our fault in the first place', and, more insidiously, 'we will become a target'.

Then there are those who say we must negotiate with ISIS, come to terms with them, despite ISIS having no intention of negotiating and without recognising that negotiation means giving concessions, legitimising them and giving them a small victory.

While in the shadows, there is whispered talk of dark conspiracies, of oil discoveries, and, inevitably, the machinations of Zionists, Rothschilds, and Jews. This is the opposition of the deluded.

Taken together, it is a call to inaction, extolling the virtue of doing nothing. And they call this peace.

Gandhi again, "I do believe that, where there is only a choice between cowardice and violence, I would advise violence".