I made it back. Direct flights have resumed, but I travelled before then via Frankfurt, masked the whole time in strangely empty airports. It was all well organised. I filled in a PRF online, was sent my code, and was selected for testing at Athens airport. Negative. That's a relief. And, feeling a little uneasy, after the isolation of lockdown and aware of the poor reputation of the UK, I got back home. I needn't have worried. The garden had been strimmed and trees pruned by a tame Dutch hippy. The locals greeted me warmly. I had elbow bumps from Kostas and a pot of glyko from Seri. And, of course there are the cats. They were delighted to reclaim their favourite seats in the house and demand food regularly. I'm hugely grateful to the neighbours who kept them fed during the enforced absence. They seem to have been joined by a hedgehog as well, who pushes them out of the way and steals their food. 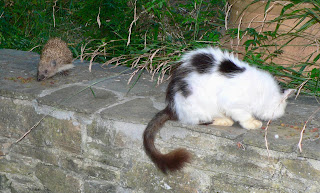 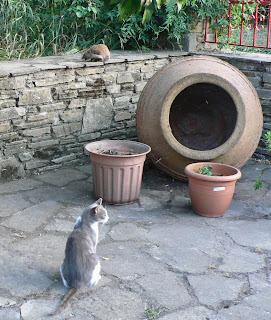 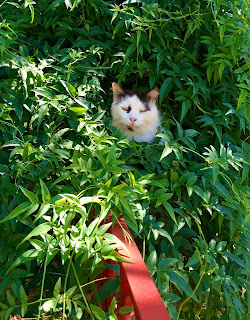 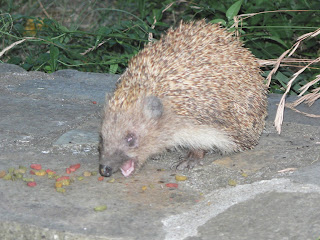 It's warm, the cicadas are kicking up a racket, everything is green, there are walnuts and quince ripening on the trees, with grapes hanging from the vine, which has benefitted from Manolis' expert attention. It's idyllic.

There are few clouds in the sky, but there is a metaphorical one on the horizon. Brexit. Bloody Brexit. And, thanks to the extraordinarily irresponsible decision by the government not to extend transition, despite the UK being nowhere near ready for exit, it is a cloud that is looming fast. December 31st. Then we become a third country, and second class citizens in the EU. Seeing our terrible government proudly boast of ending our freedom of movement was horrible. Strange times when we are supposed to celebrate being stripped of our rights.

So, it's decision time.

I have three options:

1. If I become resident in one EU country (Greece, obviously) before December the 31st, I can keep some of my rights for that country alone. I will still lose them for all other EU and EEA countries. After December 31st, that option is gone forever.

2. I can remain resident in the UK and accept that I am only allowed to be in my house for 90 days in any 180 day period and will be barred from returning for another 90 days. (The 90 day period includes visits to all Schengen countries, so any time spent in the rest of Europe is deducted from the time I am allowed to spend here.)

3. Wait, and if I decide I want to live here in the future, apply for a renewable two-year visa for third country nationals under more stringent conditions. Although, Greece is trying to encourage UK pensioners to live here.

Option 1 gives me a more limited version of the rights that are being taken from me, but preserves my life in Greece. The Greek government is making things easier by choosing declaratory rather than constitutive registration. This is unlike the UK government who is requiring a greater burden of proof from EU 27 citizens resident in the UK. There is some flexibility too. Part of the dilemma is that I'm fond of both worlds - Greek and British; urban and rural. Residence only requires being in the country for six months of the year for the first five years. It's attractive, I qualify easily, but there are complications around health, tax, and many other essentials. Some are yet to be agreed.

Whatever, it will mean extra cost and more bureaucracy. But then, if you put up barriers and borders where previously there were none, that's inevitable. Many more people and businesses will find this out when transition ends and reality hits. It will be a shock. I'm lucky. I'm retired. Those who are still employed, or have families and businesses in more than one country are far worse off. As are future generations, who will lose their rights entirely. Millions of people are affected.

Brexit has mucked everything up. I think that it's a catastrophe for the country, but this is personal. What was easy is now complicated. Now the government is effectively saying that if anyone wants to retain a fraction of their rights, they have to emigrate by the end of this year. This is a curious policy for any government to follow.

Of course, the Leave campaign denied that any of this would happen during the referendum. It was supposed to be easy and cost free. Those of us who pointed out the difficulties that Brexit entailed were accused of being 'Project Fear.' Of course, we were only telling the truth. Leave were the ones lying.

It's been horrible and stressful. In many ways, the worst is yet to come. I have no doubt that Brexit is a colossal mistake. And for my part, I'm left with three questions floating round my head:

1. I know that many people in the UK did not identify as European and had no wish to use their freedom of movement. However, they were never obliged to. At what stage does it become legitimate for them to remove these rights from those of us who do want them?

2. Just what was so intolerable about the previous 47 years that justified doing this to us?

3. Has anyone got an Irish grandparent I can borrow?
Posted by The Plump at 12:16 pm 3 comments: