Manchester. My adopted city, where I moved forty years ago. A city where the centre was wrecked by an IRA bomb, without casualties. Now the latest place where the most recent variant of a stupid apocalyptic cult has decided to usher in some ridiculous utopia by random killing.

This time of adolescent girls.
Posted by The Plump at 8:37 am No comments:

Another fine mess part one

I am not sure what I make of this, but Carol Cadwalladr's investigation into barely legal use of data in the EU referendum by the alt-right (which would be better described as the authoritarian right, or even pro-Putin right) is revealing. Above all, it makes it clear that Brexit was one of their central objectives. This was not just a victory for the right, but for a particularly nasty, nationalist authoritarian version.

Her reports are important because once these tactics are revealed and understood they can be countered. Macron did precisely that in the French presidential elections by confounding the Russian hackers seeking to do for Le Pen what they did for Trump.

Brexit and Trump stand as this right's peak achievements. But I'm not pessimistic. With Trump they got lucky. Despite all that was thrown at Clinton, Trump lost. He lost the popular vote significantly. They won because of the historic anomaly of the electoral college, which gave him the presidency. Trump also illustrates another weakness. His presidency is hardly a howling success. These people may be rich and clever, but they are idiots. They are clever at doing stupid things. All they need to stop them is intellectual courage and intelligence. And so I turn to Brexit ... oh.

No, I'm not as optimistic here at all. Both main parties have now committed themselves to a hard Brexit. The moment Labour declared that it would end freedom of movement (rather than use the already existing legal restrictions), political opposition ended. The right had won.

This asks real questions about the quality of both our democracy and our representatives. Cadwalladr writes:


In his blog, Dominic Cummings writes that Brexit came down to “about 600,000 people – just over 1% of registered voters”. It’s not a stretch to believe that a member of the global 1% found a way to influence this crucial 1% of British voters. The referendum was an open goal too tempting a target for US billionaires not to take a clear shot at. Or I should say US billionaires and other interested parties, because in acknowledging the transatlantic links that bind Britain and America, Brexit and Trump, so tightly, we also must acknowledge that Russia is wrapped somewhere in this tight embrace too.

It's ironic that the nationalist right is so globalised in its outlook, but I am concerned with something else. The referendum that supposedly displayed the 'will of the people' was determined by a mere 600,000 voters. That was how close the vote was. And this vote was allowed to overrule the opinions of the government, the opposition, Parliament, business, trade unions, economists, the United States government, the British Commonwealth, and all our strategic allies and trading partners. All wanted us to remain. Those pesky experts, eh? What's worse, this small majority is supposed to be obeyed regardless of the consequences, whatever the settlement with the EU. Brexit has to happen even if it becomes manifestly clear that the results will be, at best, damaging, or, at worst, catastrophic. This is precisely what our politicians have committed themselves to do.

This is madness. Utter madness. If we can find a viable settlement, there is a case for leaving, not that I would necessarily agree. But if not, are our political leaders really going to say, 'We will now commit suicide because you told me to'? It appears so, unless someone can find the political courage to face reality. At the moment I can see none. We will have to wait to see what events bring.
Posted by The Plump at 1:30 pm No comments: 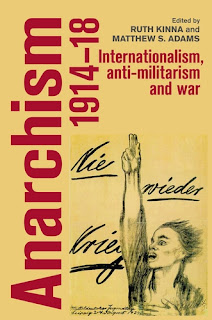 This may sound familiar. It should do, because these are precisely the arguments of the anti-totalitarian left when they grappled with the dilemmas of the wars of the early twenty-first century. Little has changed in our thinking since then.
Posted by The Plump at 11:48 am 1 comment: