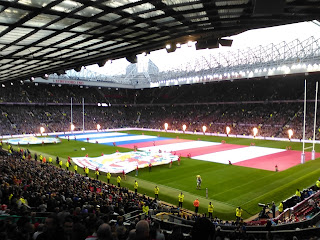 73,000 fans with all the noise and razzmatazz of the Grand Final marked the end of the season for club rugby league last Saturday. It was fitting that a close, dramatic game should end with Leeds completing the domestic treble. There is a test series against New Zealand still to come and I am really looking forward to my first visit to the Olympic Stadium in London for the second test, but it has been a momentous season as it saw the return of promotion and relegation to and from Super League. The result was that nobody was promoted and nobody relegated. That might seem odd, but with it all based on an extended play-off series, promotion from the championship has to be won on the pitch against the bottom Super League sides. The next step is clear. The failure of Championship sides to make it shows the need for strengthening that division and ensuring that any club that comes up has the strength to make a go of it. This will happen and the result will be thrilling and eclipse the dire stagnation of the franchising years. For all its cloth-cap, homespun image, rugby league is one of the most progressive and experimental sports. Let's hope this latest move persists and becomes the success it deserves to be.
Posted by The Plump at 1:17 pm