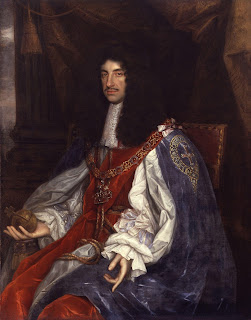 Into my heart an air that kills
From yon far country blows:
What are those blue remembered hills,
What spires, what farms are those?

That is the land of lost content,
I see it shining plain,
The happy highways where I went
And cannot come again.

We don't share the same political heritage as the European far right. They may be rubbing their hands with glee at the referendum result, but even though xenophobia played a part, it was a very British version, not the rancid race hatred of the neo fascists. Even so, I still do not like the face it is showing now it is triumphant.

So where did the vote come from? It came from a sense of impotence and loss, a very British melancholy. This post is a perceptive survey of the Brexit coalition of voters. It makes a point that the left have won the culture war, but that the right have won the economic war and there is a group of voters that wish it had been the other way round.


But, in the Labour Party, it was the socially liberal left that triumphed and the socialist left that lost. Just as Ed West remarked that the Tories were right-wing about the wrong things, many Labour voters felt their party was left-wing about the wrong things. Working class voters are too often demonised as bigots but it is not homophobic or sexist to wonder why your party is campaigning for gay marriage and more women on boards while your home town is going down the pan. Labour’s Equality Act said very little about economic equality at all. As Peter Mandelson might have said, the Labour government didn’t mind people getting filthy rich provided they had the right equality and diversity policies in place.

The sentiment isn't radical; rather it is conservative, with a very small c. It wants to preserve what it had. It wants a restoration of the old order. It wants secure jobs, pensions, decent housing, a full pub, and a life of respect. It's not much. It's not a revolution. But the desire is strong and the sense of injustice and betrayal is profound. This is small town Britain, the cities mainly voted remain.

I thought at the time that the attitude of New Labour in 1997 was too hubristic. Carried away by their own rhetoric they assumed that their huge majority was a mandate for modernisation, whereas much of it was for restoration, or at the very least, consolidation. And in power, they lost those who got trapped in declining industries or decrepit towns and estates. Complacently, they assumed that they would continue to vote Labour because they had nowhere else to go. But they had. At first they went home. On June 23rd they turned up again and voted us out of the EU.

This is ironic. The EU had little to do with their plight. Instead it directed regional funds for reconstruction their way as a partial mitigation. No, the reason for the decline of strong communities into the twilight world of the payday loan and food bank is the actions of successive UK governments, the ones they have voted to empower further. The economic shock of Brexit may well hit them harder still. There is another disillusion waiting for them.

We all look back, especially when we reach my age. The past always seems to be a golden age simply because it was when we were young. But we can't ever have it. It's gone. And here is the generation divide again. We cannot restore the past, but we can offer a future, except we are not doing that for working class communities either. As the old look back, their kids look forward and see the same bleak landscape. Their parents despair about them. Elsewhere, the young see opportunity, but not here. It's a vicious circle. This is the challenge for the left, to direct nostalgia away from nihilism, to offer a future, and to be able to deliver it. Political economy is the key, as it always has been. And rather than the faux control the Brexiteers promised, the left has to offer something real. But at the moment trust has been lost, and UKIP hovers. I am not optimistic.
Posted by The Plump at 7:00 am