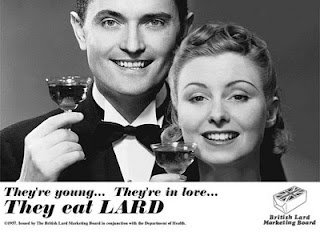 I now have to admit that obesity does have an adverse effect on my blood pressure. This is nothing to do with my waistline, rather it is the result of reading articles like this by India Knight - a journalist with form.

All the tired old arguments are there, including this spectacular mixture of Madeleine Bunting style emoting with gratuitous abuse.

...overeating isn’t simply a question of being so greedy that you’re compelled to stuff your face all day. It’s to do with emotional states, unhappiness, anxiety and thinking about food as a friend and comforter rather than merely as useful fuel. So I can see, perhaps better than people who’ve only ever been thin, that this issue is about more than just incontinent lard-bucketry (although there’s that, too).

Then we have to endure usual guff about the cost of obesity to the NHS and, rather than face the fact that the greatest avoidable cause of poor health is poverty and thereby argue that it is necessary to end it, it is safer for a well-heeled columnist with a diet book to sell (please don't buy it) to attack fat people for their sins and moan about paying tax to pick up the burden of our gluttony. Oddly, the same sentiment isn't applied to booze.

Yet that was not what really got to me. Instead it was this breathtaking assertion that left me spitting feathers.

Abusing people is wrong, whether they are gay, straight, black, white, young, old or fat. But there’s only one group in that list that can physically do anything about the way they are. If they don’t feel like it, that’s fine — but enough of the whingeing. You gets your trolley and you makes your choice and then, because you’re a grown-up, you live with the consequences.

In other words, just like the women who asked for it because of the way they dress, abuse, prejudice and discrimination against us fatties is perfectly acceptable because it is really all our fault. What did you expect you slothful glutton? Mend your ways if you want to avoid the righteous wrath of the slim.

Anti-fat prejudice is not the worst thing in the world, but school bullies can still make fat kids' lives a misery, teachers and employers can fail to see your qualities and label you, body image can erode self confidence and it would be great not seeing a headline like this in the popular press. It is still the permissible prejudice of our times, increasingly remote from serious studies of physiology and epidemiology, locked into mediaeval concepts of sin and punishment and revelling in the joys of self-righteousness. And it is seriously bad for my health!

Why worry? You take seriously the opinions of someone named after an Empire? Why not Hackney, Ardwick, or Sassanid?

Life ebbs away, and we don't need idiots like that that consming what little remains.

True, it's just wind and waffle, Anonymous, but it does fill up the air and in the end people can't breathe anything else.

Just because something is stupid, it doesn't mean that it is ineffective.

I think I read recently somewhere or other that lard is wholesome.

Does anyone recall Woody Allen in 'Sleeper'? When he, proprietor of the "Happy Carrot' health food delicatessen, wakes up in the distant future to be told that it's been discovered that cholesterol is good for you?